One of the other changes in the dictionary entries that users might notice, aside from the new usage tags and the addition of references to cognate words in other dictionaries, involves the content of the entries. The addition that is likely to interest a wide variety of users is that we are beginning to note the use of certain terms as surnames, where we have attestations of such a use. 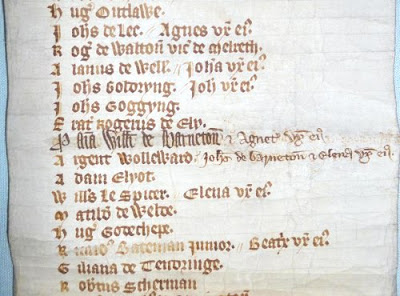 The inclusion of surnames in dictionaries is not without difficulties. As we mentioned earlier this year in our discussion of the words pastry/pie, often the language of surnames is problematic: names frequently occur in lists which may follow a bilingual or trilingual text.
How then to determine the language of the name? In general, we try to err on the side of inclusion, as frequently surnames attest to Anglo-Norman (as well as Middle English and Latin) words far earlier than they appear in literary or administrative use. It is the use of either the Anglo-Norman definite article ‘le/la’ or the Anglo-Norman spelling of the word that helps us determine whether a given word may be considered Anglo-Norman (though neither element is of itself an indicator of ‘Anglo-Normanness’, cf. Richard Ingham, The Anglo-Norman Language and its Context (2010), p. 136).

As you may be aware, a number of British surnames ultimately derive from medieval occupation names: Fisher, Smith, Potter etc. are all names which originated as occupations and the adopted as monikers to distinguish individuals.[1] It can be a challenge in a medieval context to determine if certain terms are functioning merely as a proper name, or if they still indicate that person’s occupation. There are several entries in the section of P- currently under revision that will include surnames – let’s look at some of our attestations from the occupational entries.

This refers to the person who makes or works with parchment. The word can be found as a gloss to the Latin membranarius (TLL ii 83) [DMLBS 1757b] but also in texts like the York Memorandum Book where the rights of, among others, the parchmenters are listed:

(‘These are the ordinances and the constitutions

newly made in the guilds of the tanners, glovemakers and parchmenters of York

by the agreement of all the masters of these guilds’) 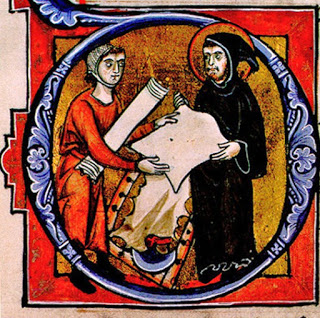 We also have two examples of the term being used as a surname in John of Gaunt’s registers, circa 1372-1383:

Gaunt’s register also provides us with our sole attestation of the occupation of paliser, that is, one who makes fences (paleis), in an interesting list of medieval occupations:

(‘all of the foresters, parkers, warreners, palisers, boundary keepers of our forest’)

We have found no attestations of this occupation as a surname in our A-N source material, however, the OED (sub paliser n.; MED paliser n. provides additional examples) notes two uses of the word as surname in 1315 and again in 1414 in the forms Paleser and Palaser. As the word is clearly Anglo-Norman, derived from the Latin paliciarius (DMLBS 2085c), these citations will be incorporated into our entry as further (and earlier) evidence of the existence of the word in Anglo-Norman. 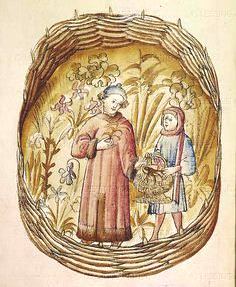 As seen above, parker as an occupation, is well attested in Anglo-Norman, perhaps as a reflection of the importance of the position and of the parks to medieval British life. The term is mostly found in various legal and administrative texts, but also turns up in Seintz Medecines, an allegorical text of the mid-fourteenth century, as well as in Walter of Henley’s treatise on farming:

(‘if the lord places there a parker or steward or granger […]’)

The earliest use of Parker as a surname is found in 1199 in the Rotuli Curiae Regis (i,282) where the name Willielmus Parker can be found. We have also found a Johan Parker (Gaunt1 i 33), a Robert le Parker (Lett EPW 56) and a Huschon Parker (Port Bks 58).

These surnames once again provide early attestations of the use of the term, although their language remains difficult to ascertain.

A paneter was the official in charge of the pantry, known in English as the ‘pantry-man’ or the ‘panter’. Like parker, we have numerous citations attesting to its use, from the end of the thirteenth century:

(‘that the panter make no deliveries’) 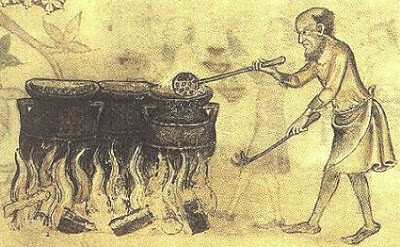 The MED (sub paneter(e n.) provides a lengthy list of examples of ‘le Paneter’ in various spellings used as a surname, beginning in the early thirteenth century. We have equally found a use of the name without the definite article in the records of the Goldsmiths:

Finally, we come to poor Mr. Petour, i.e. ‘Mr. Farter’. Two citations from the DMLBS were included in our entry for petour which implied that Roland was so named due to his memorable intestinal distress. However, in rewriting P-, it has been determined that his name was likely a variant of the word pestur, that is, Mr. Baker! We apologize sincerely to any of Roland’s descendants. 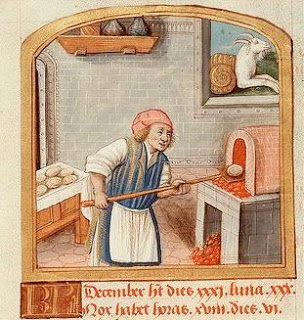 While we don’t currently have a semantic tag specifically for surnames, in the future, users should be able to find such information by either using the ‘occupation’ tag (a new semantic tag which we are currently in the process of adding), or for names that do not fall under that category, by searching ‘surname’ in the translation search available from our main page.

Those who are interested in medieval names may also be interested in having a look at the Dictionary of Medieval Names from European Sources: www.dmnes.org (which concentrates mainly on first names), as well as FaNUK, an ongoing project that gathers 45,000 Family Names of the United Kingdom and investigates their elinguistic origins and geogroaphocal distribution (FaNUK).