Word of the Month: The Croes Naid

While the work of revising the dictionary often results in new citations added to articles, or to new definitions added to existing entries, adding a new word to the dictionary is always very exciting. Sometimes, in the process, we also manage to solve some editorial ‘mysteries’.

In the recent edition of the Prose Brut to 1332 (H. Pagan, ed. ANTS vol. 69, 2011), we can read that, ‘Robert de Winchelse et autrez grauntz fusrent juretz sur la croice neite de tenir et maintenir lez dites ordenances’ (l. 5797 ; Robert of Winchelsea [bishop of Canterbury] and other great [men] swore on the ‘croice neite’ to hold and maintain the said ordinances). In the glossary and notes to the text, it is suggested that neite is a form of net (AND2 s.v. net, soon to be net1) though there is also a mention that one manuscript presents the reading nettement. Neit is indeed an attested variant of net, though none of the senses of net (currently ‘clean’, ‘pure, chaste’, ‘innocent’) seem to apply to this citation.

The editors were preparing a concordance of Foedera during the rewriting of the entries beginning with ‘n’ and came across the following citation: Et cest serment avons nous fet sur le cors nostre Seigneur, & la Croys Neyt, & la Blake Rode de Escoce, en la presence de le honurable pere en Dieu Johan eveske de Kardoyl (Vol. i, p. 924 ; And we [Robert, bishop of Glasgow] swore this oath on the body of Our Lord and the ‘Croys Neyt’ and the Black Rod of Scotland, in the presence of the honourable father in God, John, bishop of Carlisle [in 1300]). Recalling the previous encounter with this cross, it became clear that something very specific was being referred to in these citations, not a generic ‘pure’ cross. 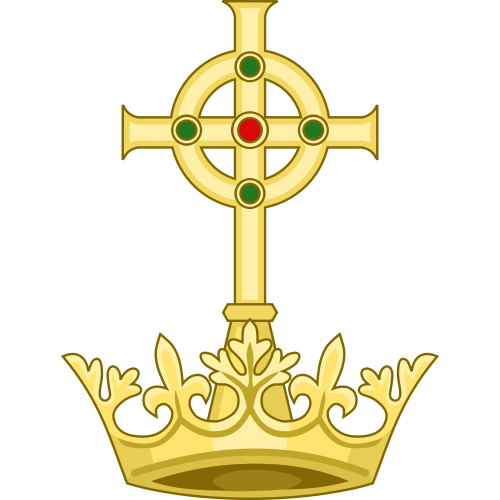 A search of all the standard dictionaries of medieval French and English provided no clues as to the meaning of neit in this context. However, the DMLBS sub crux (II, 524b) contains the following citation under the second meaning of ‘cross of Christ (w. ref. to preservation as a relic)’: nobis … Walenses partem illam preciosissimi ligni crucis, que a Walensibus crossneyht vocatur, reddiderunt, (The Welsh rendered to us the most precious fragment of the wood of the Cross, which they call ‘crossneyht’). The citation, which dates to 1283, is also taken from Foedera (vol. II, p. 247), and seems to suggest that the term in question is the result of an attempt to render a Welsh expression in Latin and Anglo-Norman. But what was it and what does it mean?

Our colleagues at the Geiriadur Prifysgol Cymru, pointed us in the right direction. In their dictionary (www.wales.ac.uk/dictionary sub croes ‘cross’) one can find the locution y Groes Naid defined as ‘the sacred jewelled cross of the princes of Gwynedd said to contain a part of the Holy Rood; it was taken to London after the death of Llywelyn II and added to the English Crown jewels; fig. a symbol of protection and security; mark of excellence (lit. cross of fortune or fate).’ The expression Croes Nawdd sometimes appears as well, but it seems most likely that the more accurate representation of the term is Naid (naid is defined by the GPC as ‘destiny, fate, chance, luck, fortune; protection, sanctuary, refuge’ while nawdd is defined as ‘sanctuary, refuge, protection’). It is evident that this is the source of our croice neite. The next task was to locate any references to this cross outside of Foedera.

In his article ‘The Cross Nawdd’ (Y Cymmrodor, XLIII (1932) 1-18), Edward Owen provides a history of the Welsh relic, sometimes also known as the Crux Neoti, as an accompaniment to his transcription of a document from the PRO, about its restoration. He cites an anonymous article in The Tablet (The International Catholic News Weekly, 17 June, 1911) for his summary of references to the ‘croes nawdd’ in medieval Latin chronicles. W.C. Tennant discusses the relic in her article ‘Croes Naid’ (National Library of Wales Journal, 7.2 (1951) 102-115.

The cross, which was said to contain a fragment of the wood of the True Cross, was reported to have been found on the body of Llywelyn ap Gruffydd, at his defeat near Builth in 1282. The Latin citation in Foedera details the presentation of this relic to Edward I in 1283.This was obviously a notable event in the reign as a number of contemporary Latin chronicles mention the presentation of the relic.

The history of the cross itself remains obscure. Welsh legend claims that the cross was brought to Wales by Elen Luyddog, daughter of Constantine the Roman Emperor, as can also be found in Geoffrey of Monmouth’s Historia regum Britanniae, or by Hywel Dda on his return from pilgrammage. Other tales link the cross to St. Neot, a saint venerated in Cornwall.

There are several further mentions of the cross in Foedera in Anglo-Norman: Piers de Gaveston swears on ‘la croiz Neit’in 1307(i 1010) and another oath is sworn on ‘la croiz neytz’ in 1306 (i 1010). A further mention of the cross in Anglo-Norman can be found in The Antient Kalendars and Inventories of the Treasury of His Majesty’s Exchequer (ed. F. Palgrave, 1836, Vol. iii, p. 188) as item 207 of an inventory of the jewels found in the treasury at the beginning of Robert de Wodehouse’s term as Treasurer in 1339: ‘Un saphire de la croice Gneyth, pris .xl. s.’ Owen’s and Tennant’s respective articles also contain several references to the ‘crois Neit’ or the ‘crois Nect’ in their transcriptions of the accounts of Richard de Grymesby for repairing the cross in 1351-53 (PRO E 407/5/100). This appears to be the last mention of the cross in Anglo-Norman though the expression would continue to be used in Welsh, especially in the figurative sense, after this time.

The result of this research is twofold – firstly, the AND will soon have a new entry online under neit#1 using the citations from Foedera and the Prose Brut. Secondly, the edition will have a more accurate gloss, though one which will need to be consulted online!