Word of the Month: ‘ongler’

At first glance, the entry for ongler seemed to be straightforward. As the verbal form of the noun ungle ‘(finger)-nail’, it is attested in Continental French with the sense of ‘to scratch’. Godefroy has one attestation of the infinitive in a glossary from 1660 (5,603) and a number of examples of the use of the past participle (also attested once in the DMF sub ongler) illustrate a heraldic use of the term, which can also be found in English – attested once in English as ongled (OED sub ongle, n.) but normally found as unguled (OED sub unguled, adj.) meaning ‘having the hoofs or claws of a different tincture from the body’. The FEW (14,40b sub ungula) has an attestation of the verb ongler as a v.a. from 1531 glossed as ‘déchirer (qn) avec des ongles de fer (t. de torture)’ and notes the presence of the word in Cotgrave’s dictionary with the sense of ‘griffer avec les ongles’.

However, the article in AND1 gave a very different gloss to the word. The entry provided four citations for the v.n. glossed unexpectedly as ‘to kneel, crouch’. The word appeared to baffle the editors of each of the texts cited as they give a variety of glosses. 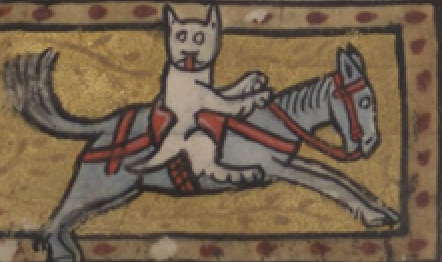 In the Year Books we find:

which the editor translates as:

[…] and two of the three said that one Adam the Clerk made them go with him to an eminence a good half league from that land, and made them handle it and said that he would take that land into his hand for the default of the said B. YBB 21-22 Ed I 12

In the Select Cases in the Court of King’s Bench under Edward I we find the following:

translated uncertainly by the editor as:

And sir Thomas, [? biting his nails] on his palfrey, read the writ and looked at the seal and said that he knew it well, and further said, ‘A fig for that! Produce another warrant’. 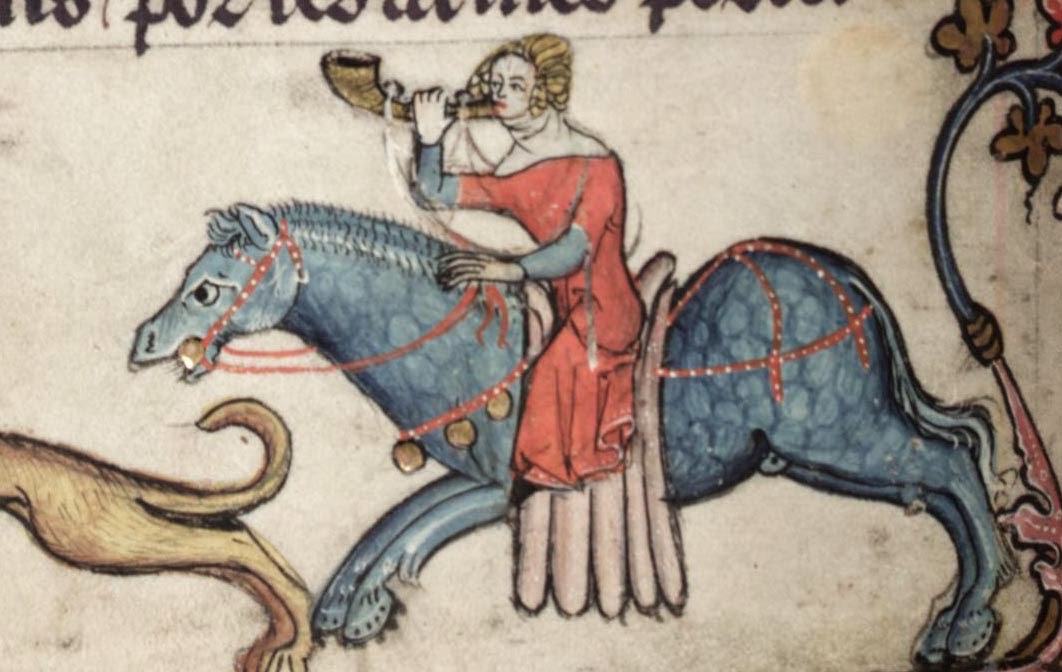 A further citation was found when preparing the entry from the Livere de Reis de Brittanie:

which the editor translates as:

So the king of England came there in a boat and would not land, but from the boat in which he was he conversed with the king of France, who shouted on horseback on the shore by the river. Reis Britt 267

The term also appears in the glossary to the text (p. 400), where it is glossed instead as ‘pranced on horseback’ and a note mentions that it is translating the equivalent passage found in Rishanger’s Chronicle (p. 441) where the Latin verb used is ungulavit. (In fact, the verb is ungulabat).

The term is also glossed in Middle English in a fourteenth-century glossary:

The editor rejects the word but offers no possible explanation. The Middle English gloss suggests the word meant ‘to hover, to swing’. 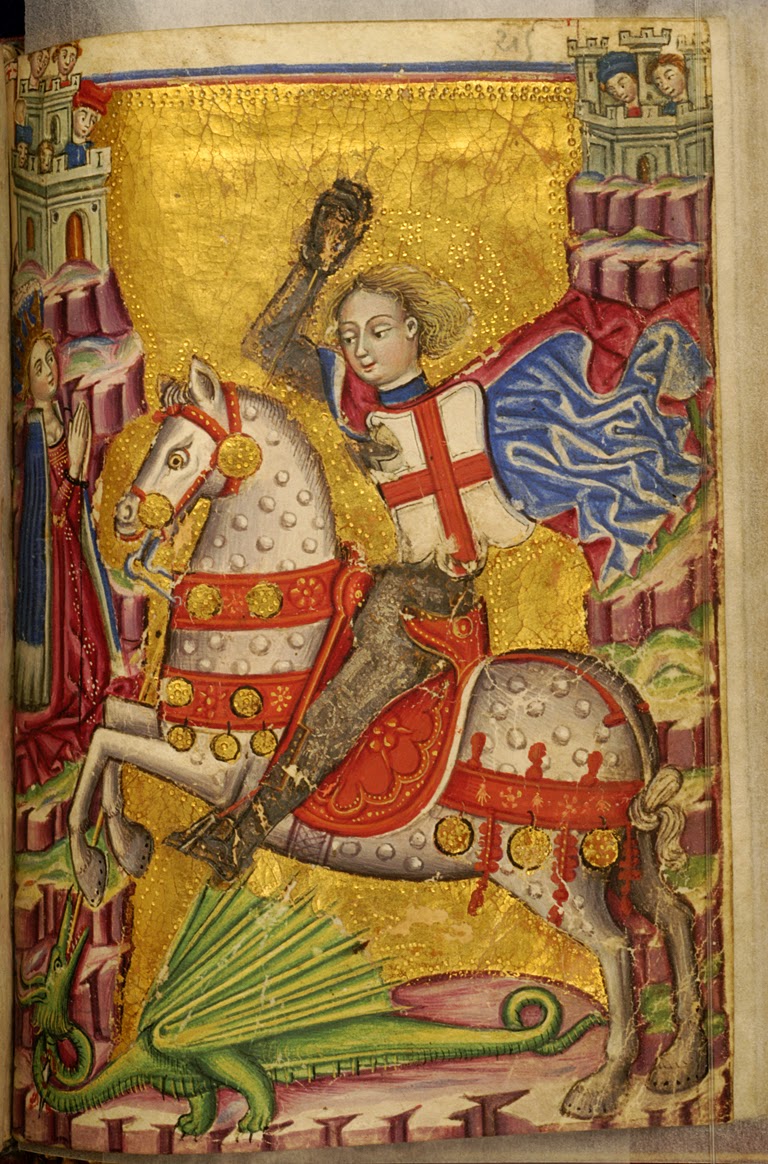 Finally, in the Manuel des pechez can be found:

Arise, sir Robilard: You take me for a fool for you make me prance here; It would be better for us to mount our horses and go on our way.

for which no equivalent can be found in the English translation.

Making a coherent entry from these citations for the second edition of the Anglo-Norman Dictionary was quite a challenge. The editorial glosses were in conflict, the dictionaries of Continental French offered no equivalent use of the word (the DEAF entry sub ungler simply repeats what is found in AND1). However, the DMLBS shed some light – sub ungulare (3556b) one can find the citation from Rishanger and the intransitive verb is glossed as ‘to prance, to trot’. The majority of the citations listed above seem to express a similar idea of a horse prancing and trotting in place, and so will be glossed ‘to prance, trot (on a horse)’. The meaning of the citation from Nom remains problematic, and will be presented in AND2 (which will be online in the next few weeks) with the Middle English gloss of ‘to hover, swing’ though its relation to horses prancing is problematic.

It remains unclear however if this sense, perhaps an extension of the use of ungle to refer to a horse’s hoof, is an Anglo-Norman invention which is then used in Medieval British Latin or the reverse. All of the citations appear during roughly the same period of the reign of Edward I at the end of the thirteenth / beginning of the fourteenth century except for the citation from Man Pechez which is from the end of the fourteenth century.