Describing the meaning and semantic range of Anglo-Norman words has always been, and still is, the primary function of the Anglo-Norman Dictionary. However, the online AND (www.anglo-norman.net) also provides material, tools and research possibilities for medievalists, linguists and many other disciplines. When Dr. Alan Chamberlain, Senior Fellow in the Department of Computer Science of the University of Nottingham, visited us last week, to talk about a new and exciting project he proposes between his Mixed Reality Lab (University of Nottingham) and the Anglo-Norman Dictionary, the cross-disciplinary potential of online AND resources was clearly central to his ideas.

Dr. Chamberlain explains his views on scholarly innovation through incorporating Anglo-Norman and the AND in his Experimental Digital Humanities and Sound Art:

Funnily enough I’d been reading a book on medicine in medieval society and had come across the Anglo-Norman word mire referring to a specific sort of medical practitioner.  I’d looked up and come across the AHRC funded Anglo-Norman Dictionary project, and I’d met the Principal Investigator (Dr Geert De Wilde) previously at a Digital Humanities conference and a Sound Art symposium.  So I thought I’d get in touch. 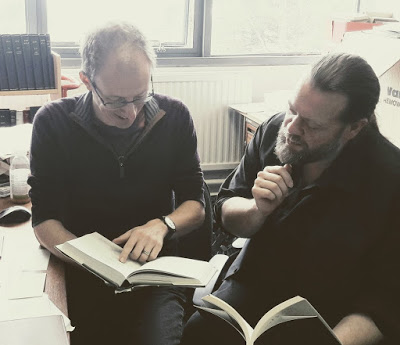 As someone who researches HCI (Human Computer Interaction) archives, their building and design are interesting, but I think that the Dictionary is much more than an archive, it’s a great resource that goes beyond mere semantics, and provides a resource for anyone that wants to engage with and use the content that they hold and work with.  Currently I lead the Design and Performance strands of the EPSRC funded FAST Project http://www.semanticaudio.ac.uk, so it was interesting to see how the dictionary dealt with semantics and sound from a historical perspective. It’s not difficult to see how this might be developed in the future, as another strand of the dictionary.

I’m currently working on developing an immersive opera-based experience with the Finnish composer Maria Kallionpää, and in August I performed a work that I’d been developing with Prof Dave De Roure and Pip Willcox, from the University of Oxford and Bodleian Library, based on Ada Lovelace. Our investigation and experiments started to form a methodology that we called –‘Experimental Digital Humanities’. The performance can be found here:

The Gift the Algorithm: Beyond Autonomy and Control (Live)

I’ve just started to look at working with the Anglo-Norman Dictionary Project and using their content and expertise to inform another piece that I have started to mentally sketch out, and I would like to work more with them in the future. I already have a pile of references and notes – both on Anglo-Norman medicinal sources and on semantic fields within the dictionary of ‘sound’ (cf. their extremely useful ‘Search by semantic or usage labels’ option) from the visit. 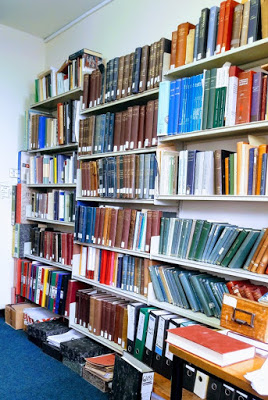 The research that is funded in the UK is of international importance and really does offer people the chance to work together to explore and create innovative and impactful experiences that wouldn’t normally happen.

– Dr Alan Chamberlain (note the Anglo-Norman Dictionary entry on his name!) is a Senior Fellow in the Department of Computer Science (Mixed Reality Lab), University of Nottingham, a visiting Academic at the University of Oxford, and a Fellow of the Royal Society of the Arts.